A number of Japanese transport ships that were sunk by the US Navy at Iwo Jima have been washed ashore thanks to volcanic activity.

During the battle for Iwo Jima, 750 miles south of Japan itself, the US Navy sank a number of captured Japanese transport ships off the western end of the island to create a breakwater. Now, thanks to tremors and seismic activity in the region, including an underwater volcano and tremors from Mount Suribachi on Iwo Jima itself, a number of them have started washing up on the black sands of the island. Iwo Jima is a volcanic island with steeply shelving beaches and during WWII had no harbour facilities. As a result, the US Navy sank the Japanese ships to create a breakwater to make landing troops and equipment easier.  When the transport ships were sunk, it was onto a seabed of unstable volcanic ash. A Japanese news TV channel filmed the wrecks washing up on the shores of the island. 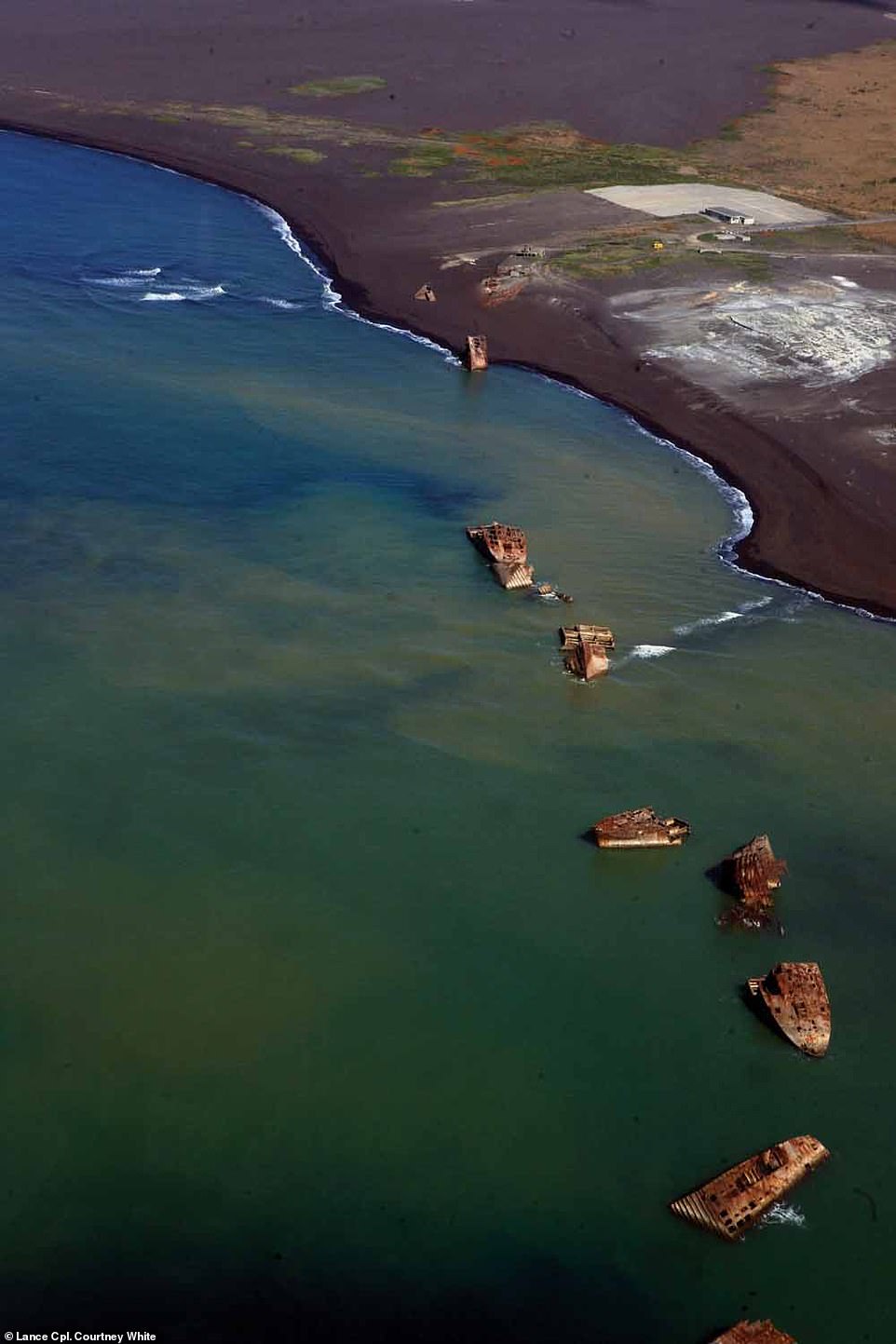 According to Oregon State University there have been at least 10 eruptions from Mount Suribachi since WWII and a corresponding 10m uplift of the island since 1952.

Japanese scientists suspect that Mount Suribachi, which is part of the Pacific Ring of Fire chain of volcanoes may be due a major eruption. Setsuya Nakada, Director of Japan’s Volcano Research Promotion Centre, said, “The discoloured sea area has spread to surrounding areas, which indicates that the volcanic activity has not diminished yet. There is a possibility of a big eruption on Iwo Jima.”