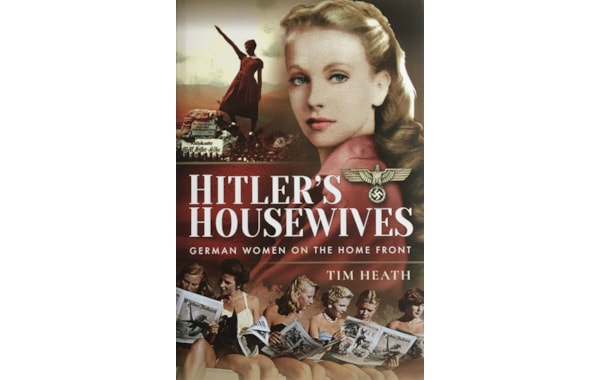 Hitlers Housewives from Pen and Sword

The meteoric rise of Adolf Hitler and the Nazi Party cowed the masses into a sense of false utopia. During Hitler's 1932 election campaign over half those who voted for Hitler were women.

While this is the fifth book in Tim’s series on the women of the Third Reich it is, in some ways, the most consistent, taking the story of the German housewife and her role throughout the war. It starts in 1939, with the invasion of Poland, shortly followed by the declaration of war from Britain, and goes all the way through to the disastrous end. It’s told through the use of personal diaries of the women themselves, as they moved from the role of child bearer to taking up jobs to free up manpower for the front.

The great thing about all of this is that it’s not repeating the same old sources, as with many histories of WWII, these are the words of the women who were there that are being told for the first time. Comes with a fascinating section of photos that you would like to have seen more of. It’s a brutally honest and fascinating look behind the scenes of the Third Reich.