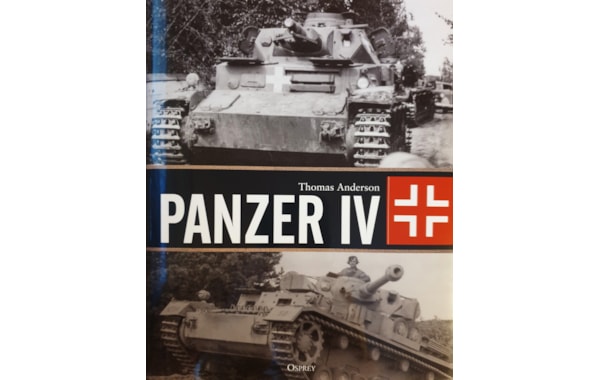 The author continues his look at German armour with the most prolific German tank of WWII, the Panzer IV. It starts with the pre-war design process that lead to the PzKpfw IV Ausf A, which had little frontal armour as it was envisaged supporting the infantry, not spear-heading an assault. By 1939 it was fighting in Poland to great effect where the biggest problem was finding enough people who could actually drive and control the tank. Development continued so that for the battle for France it was the Ausf D model with increased armour and speed that led the way.

The book shows all the variations as they appeared, including the shock of encountering the Soviet T-34 in 1941 that outperformed it. Although the Panzer IV was replaced by the Tiger and Panther as the main tank in the Army, it continued to serve right to the end. It’s the early years that this book focuses on though, where it was most active, with plenty of technical information and contemporary photos of it in action. With high quality paper it’s an accomplished history of the Panzer IV.