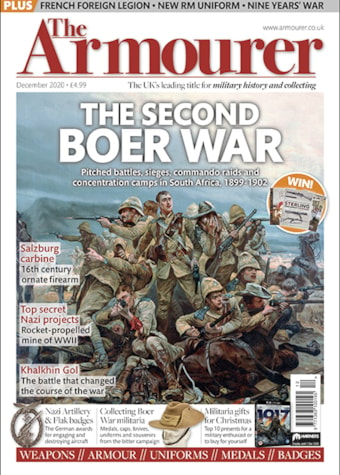 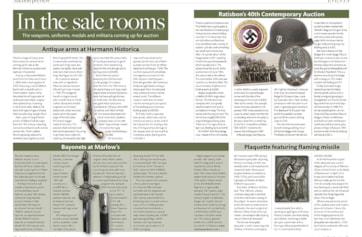 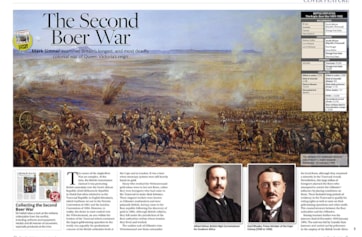 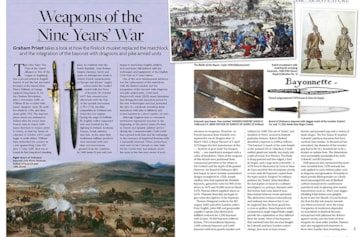 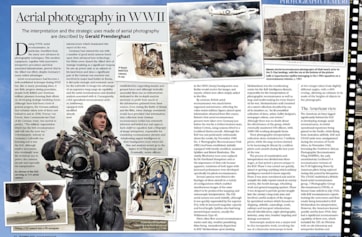 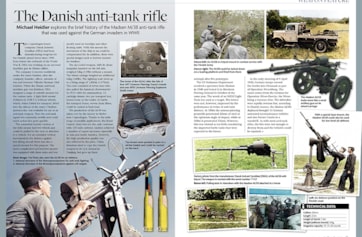 The Empire at war in South Africa with the Second Boer War of 1899-1902, featuring a young Winston Churchill. Discover the battles, the sieges, the commando raids and the concentration camps.

Also in this issue:
Christmas militaria gifts – 10 gift ideas for the military enthusiast in your household
Collecting Boer War militaria – what’s on the market that you can collect, from uniforms and equipment to mass produced souvenirs
Military air photography – the cameras and equipment used by the Allies to capture reconnaissance photos for raids over occupied Europe
The bayonets and firearms of the Nine Year’s War
The French Foreign Legion up to WWI – Created as a force to be used overseas, the Legion had the reputation for no questions asked service.
The Atlantic Wall – from Norway to Spain, Hitler poured men and concrete into creating a line of defence against invasion
Royal Marine Commandos – the Royal Marine Commandos have a new uniform and badges to reflect its focussed role on deploying from the sea
The Battle of Khalkhin Gol between Russia and Japan – just before WWII started, the Soviets and Japan were engaged in a border battle that changed Japanese expansion strategy to the Pacific
The Salzburg carbine – the story of personal guards and weapons for men of the church
Nazi flak badges – the awards from the Heer, Luftwaffe and Kriegsmarine for shooting down aircraft
The Danish Madsen M/38 anti-tank rifle – used as the Germans rolled into Denmark and exported to Finland to use against the Soviets
Secret Nazi projects 1: The rocket-propelled mine. The first of a new, five part series that looks at some of the intriguing ideas being cooked up in Nazi Germany in WWII
Auction news and reports: All the latest from the sale rooms
Win copies of  The Sterling Armament Company, Armies of Ancient Greece 500-338BC, and Britain's Desert Wars in Egypt & Libya 1940-1942