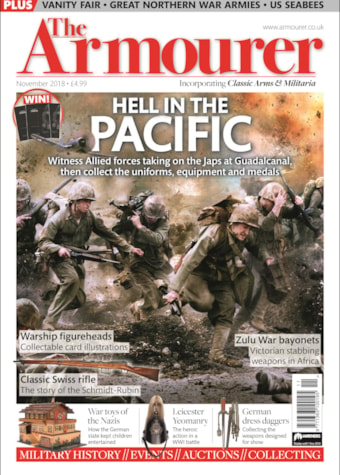 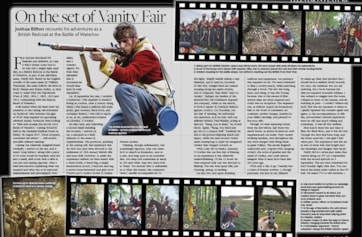 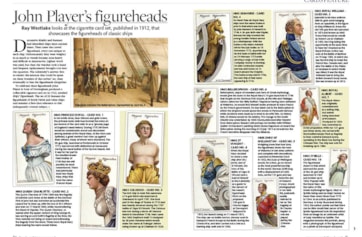 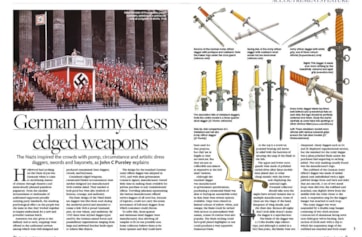 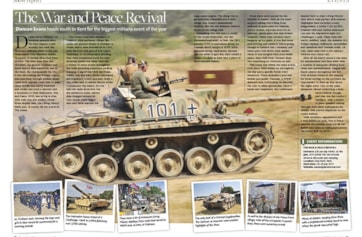 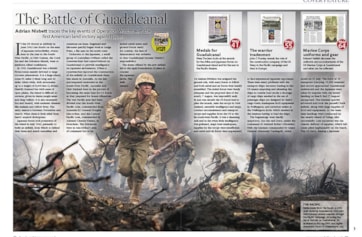 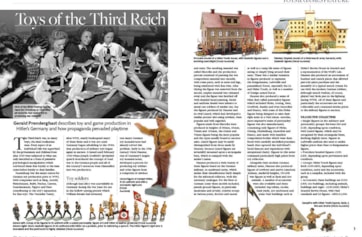 Available as a digital edition only!

The battle for Guadalcanal was part of the Allied effort to retake the Solomon Islands from the Japanese. It was fought on land, at sea and in the air, as the first major offensive by Allied forces in the Pacific theatre. The fighting, in the mosquito-infested jungles, was savage, as the Japanese fought to retake Henderson airfield from the Americans. The objective was to use Guadalcanal as a base to launch an offensive at the major Japanese base at Rabaul on New Britain and then go on an island-hopping campaign across the Pacific. In the end it took three land battles, several navy battles and continuous clashes in the air to decide the conflict.

On the classic arms side we’re looking at the armies of the Great Northern War which pitched the empire of Sweden against Russia and its allies. The result left Russia as the pre-eminent power in the Baltic. Now, the Anglo-Zulu War exerts a constant fascination for militaria enthusiasts so this month Graham Priest is taking a look at the bayonets the British soldiers employed while fending over waves of native attacks. There is also a look at the figureheads of sailing ship through the medium of a collectors pack of John Player cigarette cards while John Wallace examines the history of a heavy rifle from Switzerland.

Now, if you’re one for period dramas on TV you can’t have missed the re-imagining of Vanity Fair. One of our contributors successfully applied to be an extra in the scenes representing the battle of Waterloo and you can read about his experience on the centre spread.

Other highlights this month include a tale of adventure and kidnap in WWI with the Raid at Nazareth and the story of unbreakable heroism with the Leicester Yeomanry during a German offensive.

On to WWII and there’s a follow up to the British war toys feature with a look at the toys and games of Nazi Germany. Not just propaganda, these were tools of indoctrination. And lastly, still on the German WWII front, how about a look at those highly collectable daggers on parade or dress uniforms.