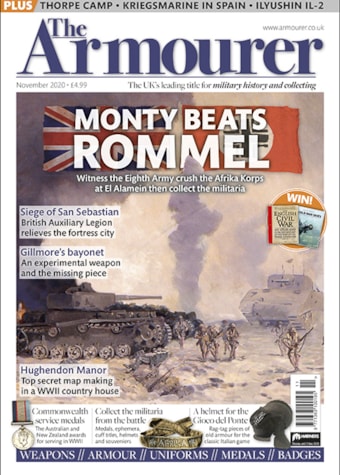 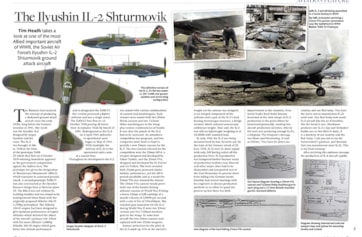 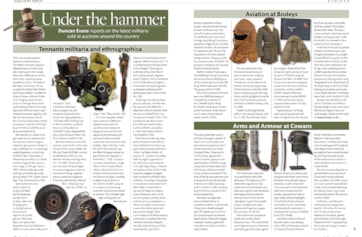 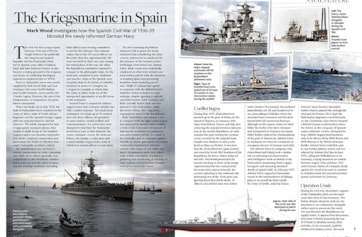 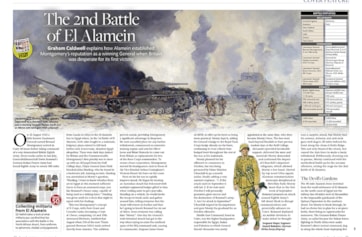 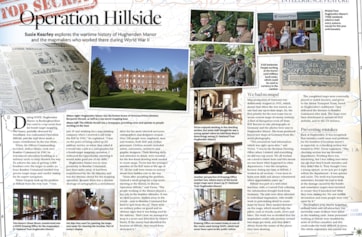 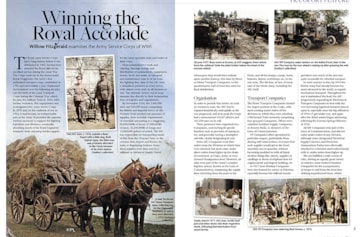 The 2nd Battle of El Alamein - Buy your copy today!

COVER FEATURES
The 2nd Battle of El Alamein
With Churchill under immense political pressure at home, Graham Caldwell explains how El Alamein established Montgomery’s reputation as a winning General when Britain was desperate for its first victory.

News
What’s happening in the world of militaria, museums, exhibitions, collections and events. This month we’re reporting on restored landing craft, the Battle of Britain and new puzzles.

In the sale rooms
Discover what’s coming up for auction with medals at Dominic Winter and lots of antique firearms at Rock Island Auctions.

Thorpe Camp Visitor Centre
Museums and sites are opening up again. Here our reporter heads for the remnants of a WWII base where the Dambusters flew from.

Under the hammer
Let’s have a look at what’s gone under the hammer in auction rooms, with medals, Zeppelins and all manner of unusual militaria from Tennants; aviation items at Bosleys; antique arms and armour at Cowans’ medals; a French eagle at DNW and sporting guns at Gavin Gardiner.

Gilmore’s bayonet
Graham Priest reveals the story of Lieutenant Joseph Albert Gillmore and his musket, a unique experimental weapon that had languished in a disused gallery, among a heap of items, until discovered by the late Howard Blackmore, then a tax official, later to become Deputy Master of the Tower.

Winning the Royal Accolade
Willow Fitzgerald relates how the Army Service Corps gained the Royal Title during WWI. The Corps’ roots lay in the unsuccessful Royal Waggoners, the Army’s first uniformed transport corps, established in 1794 and axed within a year.

Hughendon Manor
More top secret exploits now as Susie Kearley explores the wartime history of Hughenden Manor and the mapmakers who worked there during World War II. The house, partially obscured by woodland, was codenamed Operation Hillside, and the staff there made a major contribution to the war effort.

A helmet for the Gioco del Ponte
Robert Attard takes a look at piece of classic armour with roots in a contest of martial arts in 16th century Italy. They are still fighting over the bridge today.

The Ilyushin IL-2 Shturmovik
Tim Heath takes a look at one of the most Allied important aircraft of WWII, the Soviet Air Force’s ground attack aircraft. After rapid developments it was dispatched to the front lines in May 1941, just in time for the German invasion.

Breaking the siege of San Sebastian
A century before the famous Spanish Civil War, the country was ripped apart in the 1st Carlist War. Discover how the British Auxiliary Legion played a vital role in relieving San Sebastian.

The Kriegsmarine in the SCW
And a100 years later, it was fascism versus the left with the aid of various countries. Here, Mark Wood takes a look at the role of the newly reformed German Navy in support of the Nationalist cause.

Armies of the Glorious Revolution
Gabriele Esposito describes the structure and organisation of the English military forces that took part to the Glorious Revolution of 1688. The old days of glory of the New Model Army had long been forgotten and the fighting force of 65,000 veterans forged by Cromwell had been reduced to just 8,800 badly trained recruits.

The Photo Inspector
Ray Westlake looks at Lieutenant John Warrington Leckie who had joined the 36th (Herefordshire) Regiment as Second-Lieutenant in 1881, just a few months prior to it becoming the 2nd Battalion Worcestershire Regiment.

Edward Hallett turns his gaze to North Africa and looks at what is available to the collector of the battle, from uniforms and badges, to documentation, cuffbands and souvenirs.

Reviews
Duncan Evans takes a look at the latest releases including the human cost in Dilip Sarkar’s Battle of Britain 1940, the massive English Civil War, The Reckoning on the Eastern Front and the Folio Society’s new guide to Waterloo.

Your Letters
Your comments on what you’ve been reading and doing. This month we’re discussing some shady practices at auctions.

Auction & Fair Diary
The Fairs have started to re-open so take a gander at where you can now go to. The auction houses are still in business and holding their events largely online.