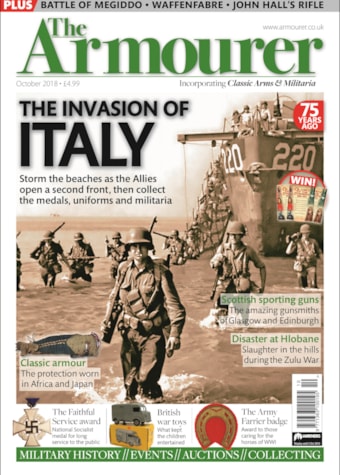 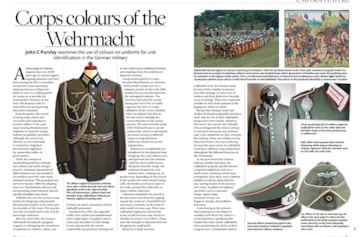 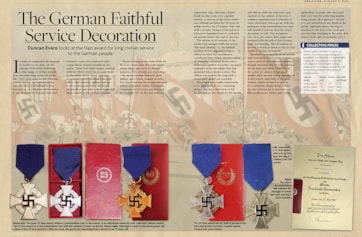 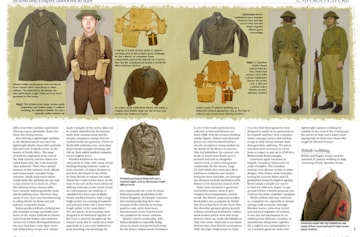 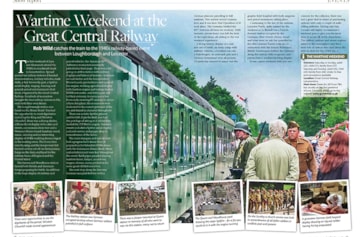 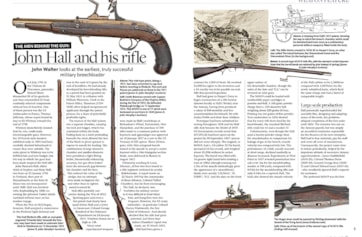 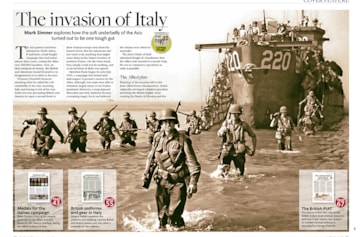 Available as a digital edition only!

75 years ago the Allies opened up a second front to take the pressure off the Soviet Union, and also to protect Britain’s overseas interests. Yes, it’s the invasion of Italy, the supposed soft underbelly of Europe that turned into a brutal war of attrition. We take you to the beaches of the Italian mainland as the troops went ashore. In supporting features The Armourer looks at the medals awarded for the Italian campaign, the British uniforms in Italy and a look at the development of the PIAT. There are also features on the turning point in the war in the desert of WWI, the battle of Megiddo, as well as a close look at German Waffenfabre – the coloured piping on uniforms, British war toys, and the Nazi Faithful Service Award. On the classic side the series on classic armour reaches its conclusion with a look at Japanese, Islamic and African armour, the little told story of the battle of Hlobane that preceded Rourke’s Drift, the guns of premier gunsmiths of Scotland and John Hall’s rifles.